Do you Know How to Avoid a Burst Pipe?

Having a burst pipe is a homeowner’s nightmare and something that you want to avoid whenever possible. It’s a plumbing crisis that is difficult to repair and that can cause significant water damage to your home. While many burst pipes happen as a result of frozen water the coldest days of winter, this is not the only time that you can have a burst pipe.

To help you protect your pipes and avoid the plumbing emergency of a burst pipe, here is some information about common times that pipes burst and things you can do to avoid having a burst pipe. 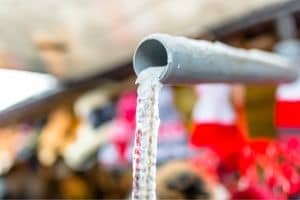 The most common cause of burst pipes is frozen pipes. In cold areas or on unusually cold days, the water in pipes can freeze. This causes it to expand, which can lead to a burst pipe. The good news, however, is that there are a number of things you can do to prevent this. Pipe insulation is a good way to help keep pipes from freezing.

Additionally, on extremely cold nights, let your cold water faucets drip and open kitchen and bathroom cabinet doors. Further, it’s a good idea to keep your thermostat at the same temperature through the night and, if you’re traveling, to keep your house 55 degrees or warmer. Taking a few small steps before the coldest days of winter can help to avoid a major plumbing emergency.

Rusty pipes are a bad sign for a number of reasons, and if your pipes are extremely rusty, it’s likely a sign of deteriorated pipes. Pipes only last for so long before needing to be replaced. 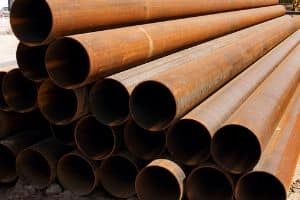 If your pipes show signs of significant deterioration, it’s important to replace them before they deteriorate further or burst. Worn out pipes in poor condition are at risk of leaking or bursting. To avoid these issues, it’s important to timely replace piping that is worn out.

The Risks of Bad Installations 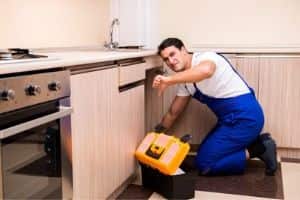 Another thing that can lead to a burst pipe is a low-quality installation of piping. If your piping connections are not soldered correctly or fitted properly, you’ll have a bad connection between pipes. This can cause water leaks or even a burst pipe.

It’s important to always have professionals install piping to ensure that it’s done properly. If you notice leaks or poor connections in your plumbing systems, you should have your pipes inspected and repaired as soon as possible as a bad connection can lead to a burst pipe.

While having a burst pipe is a miserable and expensive experience, the good news is that there are a number of things you can do to prevent this issue. If you have any concerns about your piping system or have questions about protecting your pipes, it’s a good idea to talk with a trusted plumber.

Reeves Family Plumbing is a full-service plumbing company dedicated to meeting all of the plumbing needs of Dallas residents. Proudly serving the community since 1960, the team’s experienced technicians and commitment to customer service have made them a trusted name in the Dallas area. 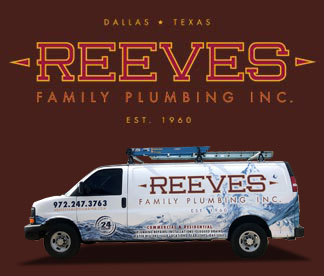